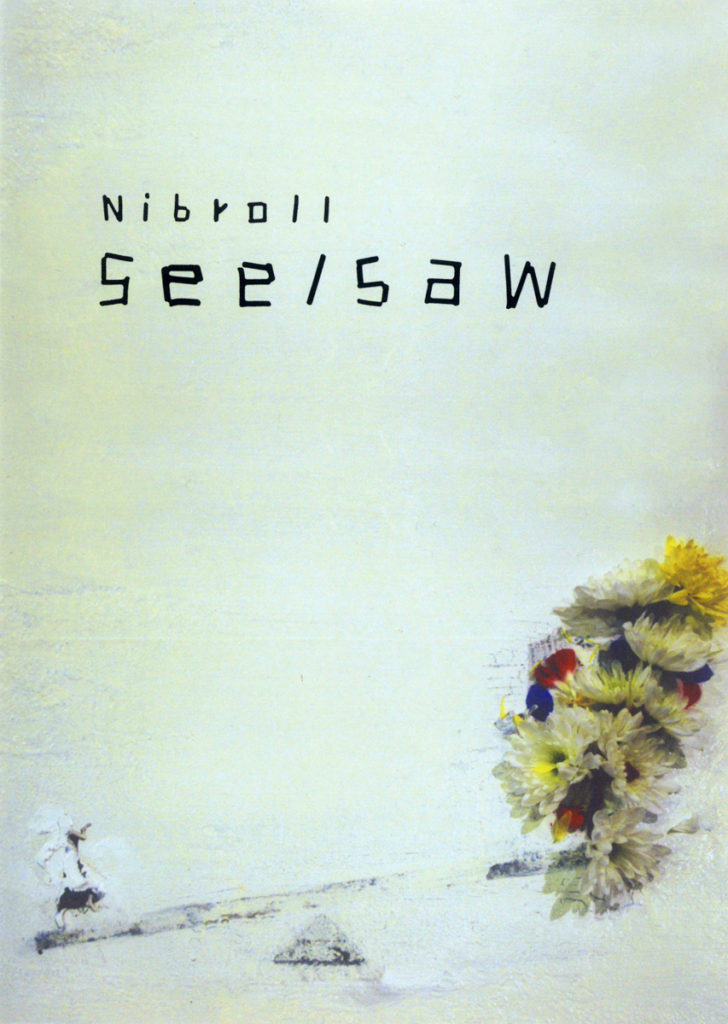 A piece created by Nibroll, reborn as a dance company in 2012, on the theme of “life and death.” Normal everyday life was interrupted by March 11th 2011, and the work with its sense of plunging down into despair shook many in the audience. A one month-long show was performed at the Yokohama Creative City Center involving 4 main dancers and 15 extras. Subsequently, another version developed through collaboration with the local community was presented at the Echigo-Tsumari Art Triennale.
The title of the piece is “see/saw.” It’s something that probably everyone has played with at least once during their childhood. The word is composed of “see” (to view) and “saw” (tool for cutting, to move back and forth) but this combination of past and present tense gives rise to a variety of images. What was it that we saw as it creaked repeatedly carrying you up and down? And who was sitting at the other end?